The Unlock fat-fuelled energy with ketones online store is brought to you by Dis-Chem Living Fit (A division of Dis-Chem Pharmacies).

Burning fat for fuel offers endurance athletes numerous benefits because it’s a denser energy source. That means you get more calories per gram for sustained energy without spiking insulin levels.

The other benefit is that fats can help maximise glycogen utilisation, which is a finite resource due to limited storage capacity in an athlete’s liver and muscle cells.

That means meeting more of your energy demands from fat throughout a race will preserve glycogen for when you need it most, like the final 5km surge for the line or a threshold hill climb.

There are various sources to get this energy, including stored body fat and various forms of ingested fat like medium-chain triglycerides (MCT) and saturated and unsaturated dietary sources.

However, fuelling your efforts from fat ultimately boils down to compounds called ketones.

Ketones are simple carbon-based compounds that are produced from fat (stored or ingested) in the liver in response to a lack of circulating glucose.

When we restrict our carb intake for prolonged periods, the body will eventually enter a state known as ketosis. That’s when the body starts relying on fat-generated ketones as its primary energy source.

The mitochondria in our cells use ketones as an alternative fuel source for muscles, the heart and even the brain.

There are 3 kinds of ketones produced in the liver:

The basic guidelines suggest restricting carbohydrates to just 50g/day or less, which is quite extreme – it’s the equivalent of a cup of brown rice, for example.

The low carb intake effectively shifts the body’s primary energy metabolism pathway away from glucose to lipolysis – the processes whereby the body breaks down fats into free fatty acids. The liver then converts these free fatty acids into ketones in a process known as ketogenesis.

The endogenous (produced within the body) ketone bodies then circulate and replace glucose as the body’s primary energy source, fulfilling the various vital functions that glucose had in the body. As ketone bodies in the blood increase over time, they will eventually reach a threshold level, which is when the body technically enters a state of ketosis.

READ MORE: The dos and don’ts of ketogenic dieting

Once you’ve adapted, you can amplify this process and boost your energy by introducing exogenous (outside of the body) ketones from a growing number of nutritional supplements on offer. These supplemental ketones are available as salts and esters.

Ketone salts are naturally-derived compounds that combine sodium and/or potassium or calcium with beta-hydroxybutyrate (BHB). These salts function like a ketone in the human body and can be converted into energy.

Ketone esters are synthetically-made compounds used to raise ketone levels in the body. You can drink or eat them to boost ketone bodies while in ketosis, or derive some of the benefits of ketones without following a ketogenic diet.

These exogenous ketones help to make a ketogenic diet more flexible and the entire process more tolerable, where in the past ketosis could only be achieved via a starvation state or a high-fat, low-carb diet, which are extreme methods that can prove unsustainable.

There is also ongoing debate whether it is healthy to remain in a state of ketosis for prolonged periods in the absence of any medical requirement (the diet can be used to treat epilepsy, for example). 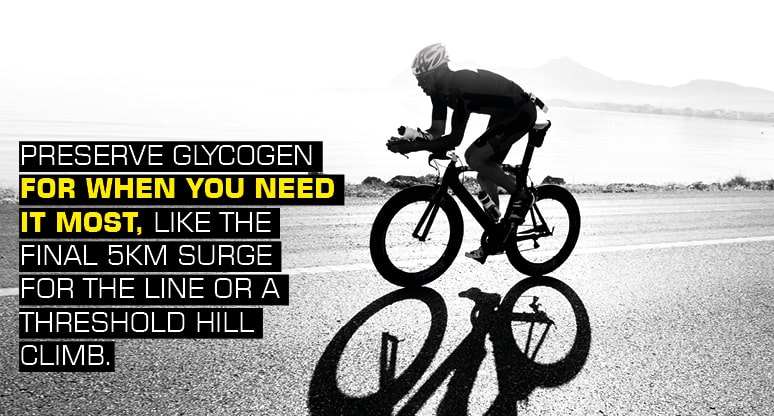 Whether you decide to go full keto or opt for a toned-down approach with keto supplements, research has shown that when the body is in a ketogenic state, it is more energy efficient at lower intensities, which can sustain your physical effort for longer.

A large body of research also supports the use of ketones for athletic performance as they provide the following benefits: 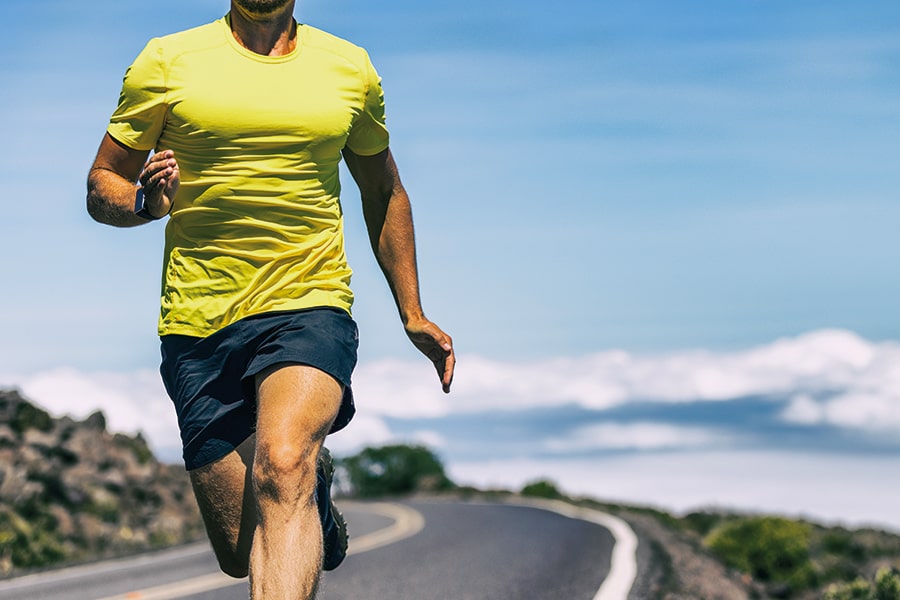 Achieving ketosis may also offer a potential solution for athletes who consistently struggle with gastric distress during ultra-distance events as they can consume less food volume for the same or greater calorie intake when relying predominantly on fat.

However, recent research affirms that relying solely on fat for fuel my actually reduce your performance as the body requires more oxygen to metabolise fat. As such, a combined approach is generally considered best.

This should entail fuelling prolonged, sub-threshold steady-state efforts with fats and ketone supplements, and consuming carbohydrates and carb-based energy products at strategic points during a race or training session to support high-intensity efforts.

While athletes who are in a state of nutritional ketosis would likely respond more favourably to supplemental ketones, even those who are simply fat-adapted but haven’t reached ketosis could benefit from adding ketones to their supplement approach during training and racing.

CAUTION: If you are a type-1 and type-2 diabetic, it is important to consult with your doctor before using exogenous ketones as they can alter blood sugar levels.